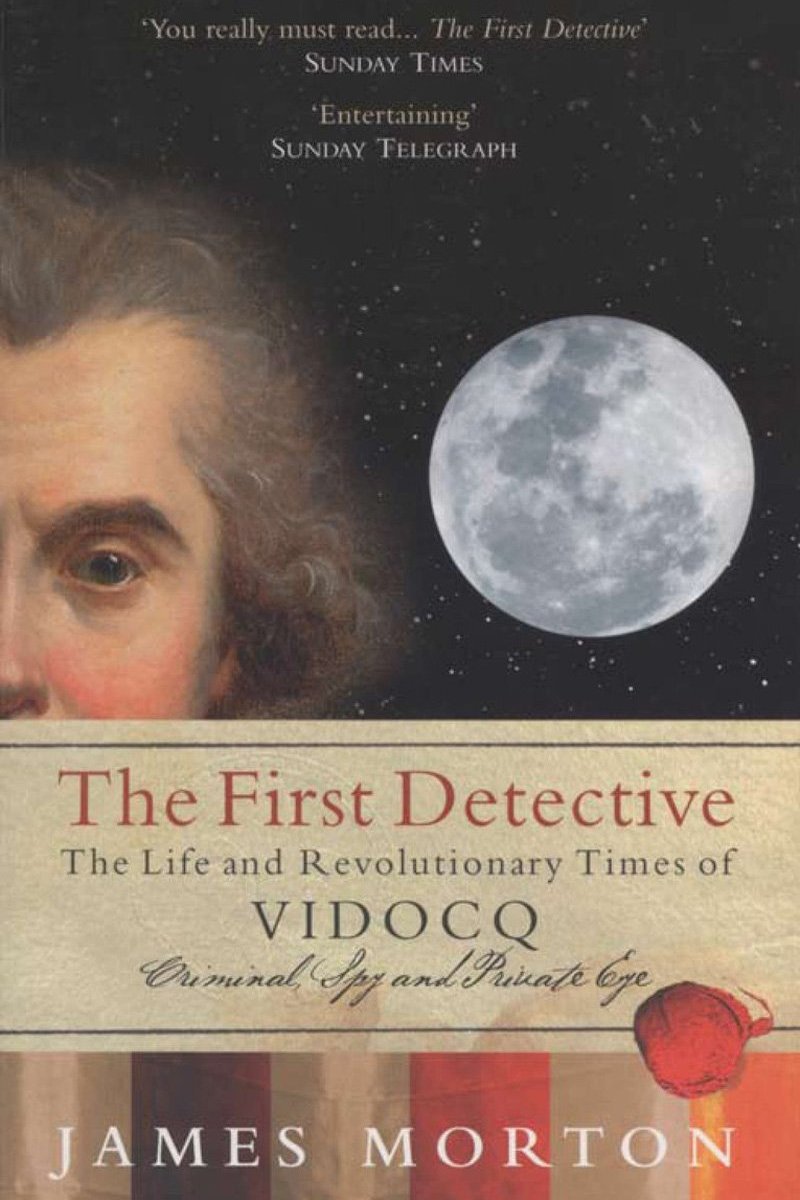 The First Detective: The Life and Revolutionary Times of Vidocq: Criminal, Spy and Private Eye

Eugene François Vidocq was born in France in 1775 and his life spanned the French Revolution, the Napoleonic Wars and the 1848 revolutions. He was the Inspector Morse, the Sherlock Holmes, the James Bond of his day.

A notorious criminal in his youth, he became a police officer and employed a gang of ex-convicts as his detectives. He developed innovative criminal indexing techniques and experimented with fingerprinting, until his cavalier attitude towards the thin blue line forced him out of the police. So he began the world’s very first private detective agency.

The cases he solved were high profile, and gradually he grew in notoriety. However, his reputation didn’t prevent him from becoming a spy and moving secretly across the dangerous borders of Europe. The First Detective is a gloriously enjoyable historical romp through the eighteenth century in the company of the man whose influence on law enforcement still holds to this day.