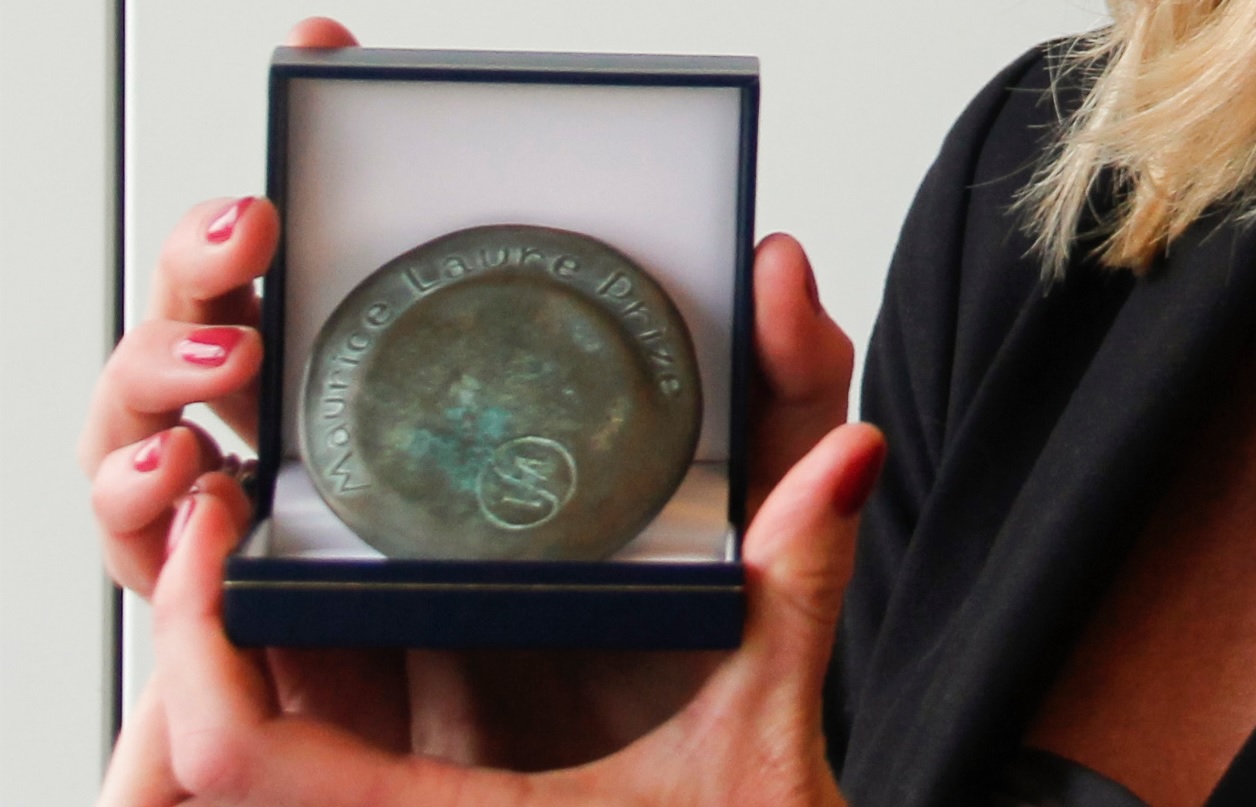 The IFA has instituted a Prize in order to encourage scientific work on international indirect taxation. The Prize is named in honour of Maurice Lauré, who was instrumental in the first implementation of the Value Added Tax system, now applied in more than 160 jurisdictions.

Winner of the Prize:

Rules on the competition for the Maurice Lauré Prize

Jury of the Maurice Lauré Prize

Address of the Jury

Marie Lamensch (EEG cluster) was invited to attend the annual Congress of the International Fiscal Association in Basel, which attracted more than 2000 leading experts in the fiscal field. During the opening ceremony, Marie was awarded the prestigious 2015 Maurice Lauré Prize for her doctoral dissertation entitled « “European Value-Added Tax in the Digital Era: a Critical Analysis and Proposals for Reform ». The Prize consists of a medal (see picture), a certificate and a sum of 5,000 Euros.

In her doctoral dissertation, Marie assessed the practical feasibility of existing EU VAT provisions on “electronically supplied services” and tested their compliance with the widely acknowledged OECD « Ottawa Framework » and the constitutional principle of non-discrimination as embedded in international and European economic law. As this analysis reveals major flaws in both EU VAT legislation and the underlying OECD benchmark, Marie formulated innovative and practical proposals on possible technology based mechanisms that could be used in the future for the correct assessment and collection of value added tax on online supplies.

Marie’s doctoral dissertation will soon be published by the IBFD (International Bureau of Fiscal Documentation). A big congratulations to Marie for winning this impressive award.