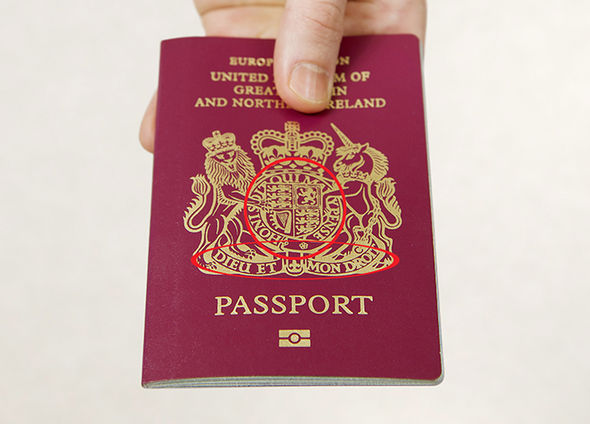 THE UK passport is a symbol of our Britishness – and we could soon see the return of the traditional blue when Brexit is finally in effect.

So why are the two phrases on the cover actually in French?

Look closely and you’ll see the words “Dieu et mon droit » across the bottom of the coat of arms and “Honi soit qui mal y pense.” Both French phrases are actually on the Royal coat of arms and the reason goes back centuries.  “Dieu et mon droit » – meaning “God and my right” – is the motto of the monarchy and was adopted by Henry V in the 15th Century.

“Dieu et mon droit » – meaning “God and my right” – is the motto of the monarchy and was adopted by Henry V in the 15th Century. But it was first used as a battle cry by King Richard 1 as he went into battle against Philip II of France in 1198.

“Honi soit qui mal y pense” – meaning “Shame on he who thinks evil of it” – goes back to King Edward III, when Norman French was a common language in the UK. The phrase is the motto of the Order of the Garter, set up by the King as a revival of the Knights of the Round Table, and legend goes that it originates from a chivalrous act at a ball.

Edward was dancing with Joan of Kent, his cousin and daughter-in-law, when her garter slipped down her leg to her ankle, causing other guests to snigger. To spare her blushes, Edward apparently placed the garter around his own leg saying, « Honi soit qui mal y pense.”

So that’s why French is the predominant language on the UK passport cover – and likely to remain so even after we leave the EU.